All of us at Purl’s Sheet Metal & Air Conditioning had a great time enjoying the festivities of the 2013 Madera Light Parade. The parade was held on December 5, 2013 in downtown Madera and is an annual tradition to kick off the holiday season. For 20 years now, the Madera community has come out to celebrate the holidays by lining up along the streets of Yosemite Avenue to cheer for their favorite parade entry.

The Purl’s Sheet Metal crew entered the parade again this year with our fleet of antique firetrucks, loaded down with staff and family. We always have a great time and this year was no different! All of the relics came out with flare this year including the 1979 Crown Fire Coach Pumper, the 1951 American LaFrance Pumper and the 1948 American LaFrance Aerial Ladder Truck. We sang Christmas carols, ate hot dogs, sipped on hot cocoa and had a blast!

We hope to see you next year to continue the tradition and we wish you the best this holiday season, from our family to yours! 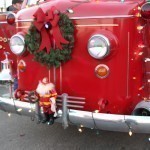 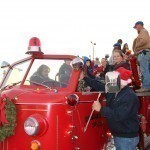 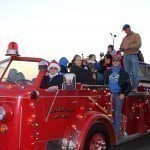 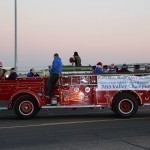