Can I Save Money on Comfort by Closing Room Vents?

Many room vents connected to a home’s ventilation system have shutters on them to alter the direction air enters a space. These shutters can also be pushed to close the vent, leading people to believe that they can shut off heating or cooling to a room this way and save money. If the vent doesn’t have shutters, they may try putting an object in front of it to block it and achieve the same effect.

We’ll explain below why doing this doesn’t work, and why it creates problems for your HVAC system. But don’t despair—we’ll have some suggestions at the end for how you can better control home heating and cooling to increase energy efficiency.

END_OF_DOCUMENT_TOKEN_TO_BE_REPLACED

Tags: Fresno, Zone Control Systems
Posted in Heating | Comments Off on Can I Save Money on Comfort by Closing Room Vents?

The Benefits of Zone Control

How does zone control work?

Zone control systems give you the ability to adjust the temperature for different parts of your home. Traditional systems use a thermostat that sets one fixed temperature for the whole house. Zone controls gives the homeowner ability to adjust each area of the home individually by using a series of dampers installed in the ductwork. These dampers can close off areas of your home and allow you to only heat or cool the parts of the home your family is using.

Zone control can reduce the amount of energy your HVAC system uses. The zone control application can work in any type of home. This system will save energy and
money. When you divide your home in distinct zones, you make it possible to heat and cool only the rooms you are currently using. For example, you can increase the cooling in just the kitchen when cooking a meal. Zone control is an upgrade to your system. The money saved in heating and cooling costs will pay for itself.

Zone control will increase energy efficiency and energy savings when used properly in your home. You can set the ideal temperature in the bedrooms to sleep at night and use the dampers to close off the other rooms you are not using. This will save money on your monthly electrical bills.

It is important to hire a professional to install your zone control system. Purl’s Sheet Metal & Air Conditioning offers complete zone control installation in Madera, CA.  Our technicians a trained and skilled in comprehensive zone control upgrades. If you are ready to learn more about upgrading to zone control, give us a call to schedule an appointment.

At Purl’s Sheet Metal & Air Conditioning, “Quality Is the Cornerstone of Our Success” since 1952. Leave all your heating and cooling needs to our experts.

The Benefits of Zone Control 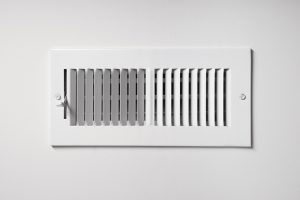 One of the services we offer our customers is complete zone control installation and replacement. A zone control system allows a homeowner to manipulate which parts (“zones”) of a home receive conditioned air from the heating and air conditioning system.

The standard HVAC configuration in a home distributes conditioned air to every room connected to the ventilation system—regardless of whether the room requires climate control or not. This is convenient, but not exactly practical. Imagine having ­every light in a house come on when one switch is flipped. True, all the areas that need light would have it. But all the areas that don’t need light would also have it, and that’s a huge energy waste.

Zone control is an effective tool to restrict airflow to empty rooms without creating air pressure spikes inside the ventilation system. (This is what happens if people attempt “zone control” by simply blocking or closing room vents.) The system uses a series of dampers fit inside the ducts that connect to a network of local thermostats and a central thermostat. Local thermostats can make requests for heated or cooled air, and the system adjusts the thermostats and the operation of the heating/air conditioning system to meet those requests. END_OF_DOCUMENT_TOKEN_TO_BE_REPLACED

What Kinds of Repair Issues are Involved with Zone Control Systems

Zone control systems divide your home into different sections, and allow you to control the individual temperature in each other. So if you’re cooking in the kitchen and have the stove turned up, you can set the heat lower there than in the living room, where someone else might be reading or playing video games. Some zone control systems are a part of a ductless mini split system, which uses multiple units spread across your home. Others establish a series of valves and seals in an existing duct system, which can then be adjust via a control panel to open or seal different sections of ducts. Either way, they still experience their share of breakdowns and repair needs. Here in Madera, heating installation services can usually perform repairs on them. But what kinds of repair issues are involved with zone control systems?

Frankly, it depends on the kind of zone control. For valves inserts in an existing system, the problems usually arise when they become misaligned or some issue appear with the controls that open and close them. As a result, you won’t be able to turn the heat on or off in a given section, which render the whole purpose of the system obsolete. A technician will likely need to access your ductwork and find out what the problem is.

With ductless mini split systems, the problem could stem from any number of causes. If your air flow it low, you may be experiencing a problem with the fan motor or a clog in the vents. Lower heat or cooling capacity could mean a leak in the refrigerant levels, while a build-up of dust or dirt could cause an overall lowering of efficiency (leading to higher energy bills).

Regardless of what kinds of repair issues are involved with zone control systems, you need the right kind of technician to perform the operation. Purl’s Sheet Metal & Air Conditioning offers heating installation and repair services in Madera, and our trained experts won’t rest until you are completely satisfied. Pick up the phone and give us a call today.

Here in Fresno, heating is definitely a season concern, though it’s not quite the all-consuming necessity that it is in colder places back east. We get our share of chilly nights, but overall the weather here in the Central Valley is very mild. That could leave some homeowners to look into ways to minimize their heating bill in any way they can, using it only during those cold nights when they really need it. A zone control system could be the answer, and luckily, installing zone controls in an existing system is easier than it sounds.

Zone controls basically divide the home into sections, with a separate control for each one. That allows you to shift the temperature up and down individual rooms: to have one temperature in a bedroom which might be particularly chilly, while having a completely different temperature in the kitchen were you may be cooking over a hot stove. You can even turn off the heat in areas of the house you aren’t using.

Often, zone controls can be installed most easily when installing a new heating system, and often involves individual units placed around your home, each with their own controls. That renders an existing duct system inert, however, and may be more than many homeowners want to take on. Luckily, you can install controls in an existing duct system. Specifically, the technician places a series of dampers and valves at strategic points in your duct system, then set up controls that allow you to open and close them at will. That achieves the same effect as a ductless system while still making full use of your existing furnace.

Having said that, you still need the right service if you want to properly install zone controls in an existing system. Luckily, the Fresno heating specialists at Purl’s Sheet Metal & Air Conditioning are on the job. We have plenty of experience with adding zone controls to your existing ducts, and will go through all of the steps with you before performing the task. Call us today to set up an appointment. We’d be happy to discuss your options with you!

Air Conditioning FAQ: What is a Zone Control System?

Living in Fresno, CA is a great experience, but it can make keeping cool during the hottest time of the year quite a challenge. Keeping your home cool and comfortable in the most efficient manner possible can be even more difficult. If you are unsatisfied with the performance or efficiency of your air conditioning system, there are a few different upgrades to consider that can help you use it more effectively and affordably. One of the most enticing is a zone control system installation. To schedule any Fresno CA Air Conditioning services, contact the AC professionals at Purl’s Sheet Metal & Air Conditioning.

A zone control system utilizes dampers in your ductwork system to help you direct the flow and use of cooled air in your home with greater control. By using a control panel, you can decide which areas of your home to cool independently of others. In taking this added control over your air conditioning system and energy usage, you can enjoy increased comfort in your home while potentially lowering cooling costs.

At some point you have probably gone into an unoccupied room and noticed that it was just as cool as the rooms in which people were gathered. This is not an efficient use of the energy that your air conditioning system consumes. With a zone control system, there is no longer any need to cool unoccupied bedrooms just to keep the kids cool and comfortable in the living room. Simply cool the living room independently, and shortly before bed you can gradually bring down the temperatures in the bedrooms. This can help to save you money without sacrificing any comfort.

In fact, a zone control system can make your home a more comfortable place to live. Different people prefer different temperatures. When you can cool rooms independently of one another, you can keep everyone comfortable and happy. This will also help eliminate any arguments around the thermostat.

Contact Purl’s Sheet Metal & Air Conditioning today to learn more about how a zone control system installation works. Our Fresno, CA air conditioning professionals are happy to answer any questions that you may have. Call now to schedule service.