a contest based on sales of event sponsorships and raffle tickets for the Annual Chowchilla Western Stampede. Stampede Royalty and their court will represent the Stampede Committee over the next year at many events, including other local rodeos and community events. 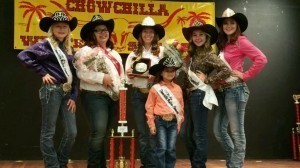 The Famous Cattle Drive down Robertson Blvd in Chowchilla began in March of 1958. Cowboys and Cowgirls drive cattle down the main street in Chowchilla as the official opening of the 3 days of old time rodeo action. Events include barrel racing, team roping, calf roping and much more. This 58 year tradition is part of Chowchilla’s history and serves as the official opening of the Chowchilla Western Stampede. The Chowchilla Western Stampede is held each year at the Madera County Fair Grounds in Chowchilla. The annual event attracts top roping contestants and visitors of all ages. Purl’s Sheet Metal & Air Conditioning is proud to be a sponsor this historic event. We congratulate Kylie on her community accomplishment as the new Stampede Queen. 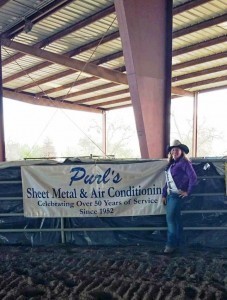 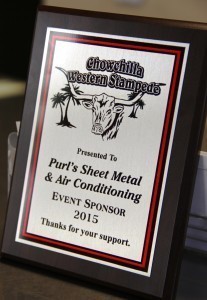