Does Rust on My Water Heater Mean It Must Be Replaced? 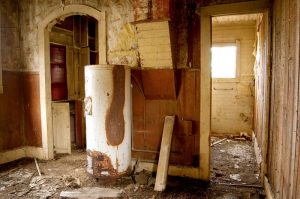 When water meets metal, there’s a chance for rust to start. Although water heaters are in danger of corroding, they’re manufactured to resist rust for many years. If you keep up with regular maintenance for your home’s water heater, as well as calling for water heater repair in Fresno, CA when needed, you probably won’t encounter signs of rust until the system is into its second decade.

But rust can happen. The conventional wisdom about rust on a water heater is it means the time has come to replace the unit. Is this always the case? Let’s look a bit deeper.

There are several designs in a tank water heater to help it avoid rust, such as airtight sealing to keep out the oxygen necessary for rust to begin and glass interiors in tanks. The most important defense is the sacrificial anode rod that runs through the center of the tank. There’s a complex scientific explanation for how the anode rod works. The simple explanation is that the rod is designed to rust so the rest of the tank doesn’t. It “sacrifices” itself to the oxidizing that creates corrosion.

The rod will stop doing this job when it rusts through completely, which is one of the reasons regular professional maintenance is so vital. Water heater experts will check the anode rod during maintenance and change it for a new one if it’s rusted through.

Where are you noticing rust? This can give you an idea of how serious the problem is:

Call Purl’s Sheet Metal & Air Conditioning to schedule water heater repair or replacement. “Quality Is the Cornerstone of Our Success” since 1952.